Five years after being named a “Pueblo Mágico” (Magical Town) the communities’ charm lies in its people, the woodlands and their care of water resources.

On 24th February Capulálpam de Méndez celebrated its fifth anniversary as a Pueblo Mágico with the exhibition and sale of handicrafts, a food fair and the opening of the first festival of mountain mescals.
The little town nestled in the folds of Oaxaca’s Sierra Norte Mountains was the first Oaxacan community to be named a Pueblo Mágico. They organized a program of activities to commemorate the distinction and to serve as a reminder of the communities’ unique identity.

It takes at least an hour and a half to reach the town from Oaxaca City. It has a population of less than 1,500 residents and there are another 2,000 in the municipality. It is only 15 minutes away from Ixtlán de Juárez.
Capulálpam is surrounded by mountains and impressive forests filled with trees such as pines and cedars. The area is rich in natural resources, minerals such as gold and silver, precious woods and it boasts an enviable flora and fauna. Capulálpam stands out from other communities in the area because of its status as a Pueblo Mágico, which was awarded by the federal Secretary of Tourism (SECTUR) in December 2007.

The title was in recognition of how the community has preserved its customs, cultural, natural and historical values and it came with incentives; access to increased state and federal resources. Along with the necessary support and advice to embark on improvements within the community, not only to improve the urban environment but also the quality of life for the residents.

Pueblo Mágicos are part of a federal project “which selects communities based on criteria provided by the Secretary of Tourism [SECTUR]. The requirements include that community should still practice their customs and traditions. It should not be more than two hours away from the nearest city. It should have a historical monument and continue to maintain a vernacular architecture, which does not alter the town’s original image. They begin the evaluation based on these points,” summarized the town councilor for tourism Aurelio Martínez Bautista. “Ultimately the magic of a community lies in its people,” he stated.

It is true that at first glance small Capulálpam with a history of poverty, which until recently it shared with neighboring communities, is very different to the historical mining town Huasca de Ocampo, Hidalgo, the first community to be named a Pueblo Mágico in 2001.

“We have all the backing and support of the state and federal Secretaries of Tourism (STYDE and SECTUR): we have access to resources, which we can use to improve the town’s appearance, improving roofs and facades,” as well as repairing roads and building a new market, explained Pérez Santiago.

In 2012 they invested 10 million pesos, 8 million of which was used for underground wiring. These works provided an economic catalyst for Capulálpan, generating employment, creating new businesses and reducing migration, according to statements by the municipal authorities.

The community’s authorities indicate that it will be difficult to complete works quickly with the 1.1 million pesos that the municipality receives in its annual budget from the federation, established in branch 33 and funds 3 and 4 of the expenditure law. Another 1.5 million comes from branch 28 and are exclusively for improving infrastructure. To receive the finds Capulálpam created urban legislation regulations, which are supervised by a certification commission.

The community is governed by indigenous customary law, which determines the political, social and cultural life of the community. It has distinguished itself amongst other Oaxacan municipalities for putting into action, over the last 20 years, projects with the goal of making the most of natural resources and ensuring that the benefits remain within the community. To date Capulálpam has four community companies:

The Forest Utilization Company commercializes pine, oak, orchids and bromelias. It was established between 1980 and 1984 when the communities of the Sierra Juárez came together and bought down the concession that Fábricas de Papel Tuxtepc held. Last year they built their first sawmill.

In 1993 and 1994 they established a company for rock aggregates. “Now we have a limestone quarry, where rock is extracted. Gravel is produced in three different sizes, as well as sand. They are sold in the region.“ According to the municipality buying gravel in Oaxaca was very expensive and this project has reduced costs in the communities.

In 2004 the Food Processing Company was opened to provide quality water for the community using natural springs in the high woodlands. Now water is bottled for sale, in presentations of a half a liter, a liter and a half bottles and 19-liter demijohns.

The Capulálpam Ecotourism Company is a small business whose objective is to conserve and promote the community’s provincial warmth, the great traditional architectural beauty and the area’s natural richness. They can provide cabins, ‘Los Molinos” restaurant, abseiling, zip lines, cycling and hikes around the magical community.

Capulálpam de Méndez was called San Mateo Capulálpam for more than 430 years in honor of the village’s patron saint. However, in October 1936 the local government renamed it Capulálpam Villa de Méndez, in honor of Miguel Méndez Hernández an important historical figure from the village. Méndez Hernández was not only a city councilor and a local representative in Oaxaca de Juárez’s, he also distinguished himself as a professor in the School of Arts and Science which is now known as Benito Juárez Autonomous University of Oaxaca (UABJO) where Benito Juárez also gave classes.
On Capulálpam’s northern edge is Ixtlán, to the south are the “Pueblos Mancomuniados,” Yavesía, Santa Catarina Lachatao and San Miguel Amatlán. To the southeast lies Santiago Xiacuí. 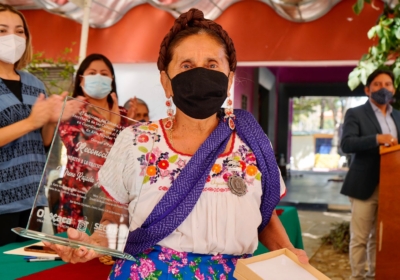 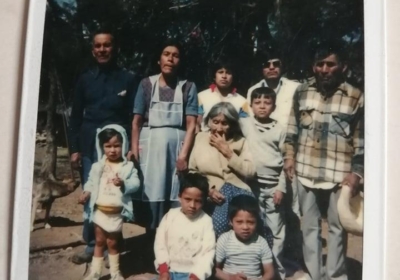